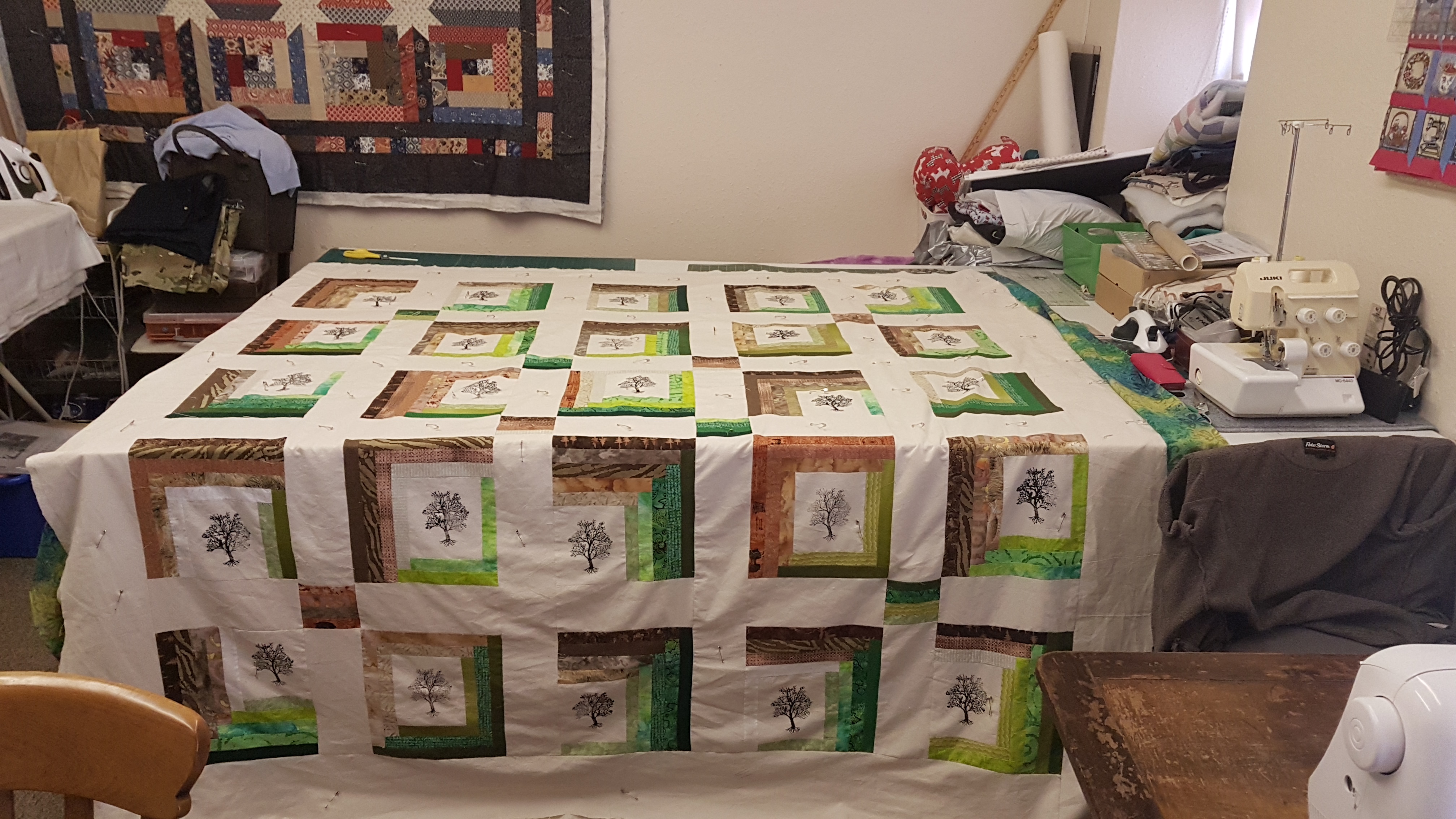 My Quilt of Learning #OER19.

Image: Frances Bell on Flick. From the album: ‘ Evolution of a Quilt.’

I got sidetracked before I started writing this post; that is, my #OER19 reflective post. I knew I wanted to write about the ‘patchwork’ of my learning highlights from the conference and that in her keynote Kate Bowles used the idea of quilting to make us stop and think about the labour that’s involved in producing the things we share as finished products. Consequently, I needed an image of a quilt for this post. Unsplash didn’t cut the mustard for a image so I headed to Frances Bell’s website because I knew she’d recently blogged about her experience of quilting. However, it was the link to her Flickr album and a series of photographs documenting the ‘Evolution’ of the quilt that was genuinely insightful. So much flippin’ work went into it.

It also made me recall a comment from my supervisor when I said that I was (for now) using the definition of openness proposed by Baker (2017). Namely, openness as “the possession of transparency and freedom” (p. 132). He was rather surprised by the association of openness with freedom because he said he’d just (re)started blogging as part of his practice and it didn’t feel like freedom to him. It felt like hard work.

Anyway, all in all, I’m pleased that the conversation at OER19 and in open circles has started to think about the producer and not just the end product. The human resource, and not just the open educational resource, or OER. Hurray, because that’s kind of the nub of my research findings.

It was pretty awesome how the keynotes complimented each other and added something to the others’. In a truly extraordinarily thought-provoking presentation, Su-ming Khoo drew our attention to the history of colonisation and how value has been enclosed and extracted in the past. And how it should bloomin’ well get us wondering how value is being created or enclosed and extracted in the age of ### capitalism that we now live in.

Drawing on the work of Karen Barad and quantum physics, Su also highlighted the notion of entanglement. How humans and technology have always been entangled in the messy, unknowable-beforehand ‘becoming’ of the world. All this was good to hear, seeing as I’m also using Barad’s idea of entanglement in my research.

Both Kate’s and Su’s keynotes gave me confidence that the themes I’m picking up in my research seem to be well-founded: labour, value and the role of sharing etc.

Talking of research, that was another highlight, or patchwork, of learning. There were some genuinely excellent research presentations at OER19 this year. Simon Horrocks already highlighted the impact of the GO_GN network of researchers, which I’m fortunate enough to be a member of. Indeed, the keynote panel comprised three doctoral researchers from the network, Caroline Kuhn, Judith Pete and Taskeen Adams, and collectively they gave us three critical and global perspectives to help us to ‘Recenter Open’. The conference theme.

Following Sharon Flynn’s entreaty in the opening welcome address to attend a session about an aspect of open that you might not necessarily be familiar with, I attended one of the final parallel sessions of Day 1. I had thought I might slope off early and get ahead of the crowd for the evening’s social event, but thinking better of it I decided to go along to hear about the research of Helene Pulker and Irina Rets. Although I know Helene from GO_GN and Irina from the Open University, I know very little about their research given that it’s in the area of languages. And, I’d bumped into Samuel, the third presenter, at breakfast and was intrigued about his research. Anyway, the upshot is, I was impressed with the quality of the presentations, the research and the hard questions that they were unearthing and asking of open education. Sadly, this session wasn’t recorded.

Presentations of research in progress that sound equally intriguing and hard-hitting came from Jim Luke and his exploration of the economics of higher education and the idea of ‘Open as Commons’, and also from Billy Meinke who in his presentation about the politics of tech and open asked “what’s your philosophy of technology?” Because that pretty much accounts for the state we’re in now and the future we’re creating. Both presentations were recorded and are well worth watching and following to see how they develop.

The other thing I took away in my patchwork quilt of learning from OER19 was the power of stories. Real stories of real people. I can’t do the separate presentations of Francis Bell, Johanna Funk and Sara Thomas justice here. But needless to say, they powerfully invoked the experiences of older users of technology, of aspects of indigenous practice in northern Australia and the experience of two of history’s forgotten women as rescued through a Wikimedia project.

It was great spending time with people from all over the planet at OER19, people I know from Twitter, people I know from my research at the OU and through GO_GN and I know now because they came to Galway to be part of OER19 on the ground. And here, it was a real bonus to meet Iwona for the first time; my ‘Signals of Success’ collaborator and MOOCing buddy, which was pretty much responsible for getting me into a PhD scholarship and for getting me to OER19 to present the thing.

Finally, just to say thank you co-chairs, Catherine and Laurand to everyone who contributed to making OER19 the event that it was. It’s appreciated.