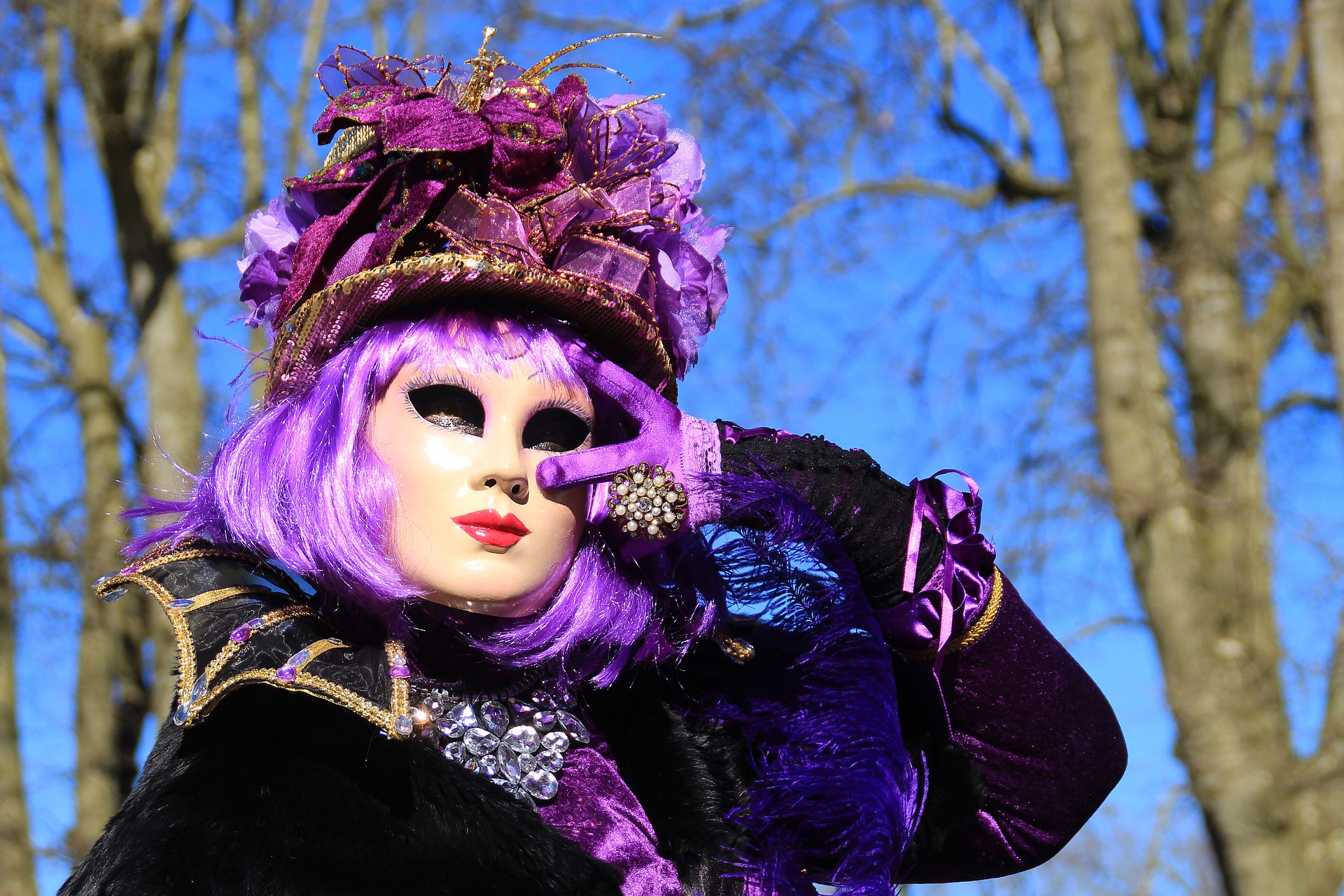 This was written as a guest post for OER19 conference.

This post is my lead into OER19. It outlines my own presentation at the conference and also introduces the work of Irina Rets. I thought it would be a good idea if ahead of the conference people could find out a little bit about the work of others, someone that they’re not familiar with, and introduce them as a form of ‘community-enquiry’. I’m glad to say that Lisa O’Neill has already bitten the bullet on this one in her pre-conference post.

OK, so what’s with the “Warning” title of this post?

is a poem by Jenny Joseph. It’s twice been voted Britain’s favourite modern poem and has been referred to as an ‘ode to non-conformity’. No surprise then that it’s one of my favourite poems. The poem starts

When I am an old woman I shall wear purple
With a red hat which doesn’t go, and doesn’t suit me

The poem then goes on to list a pile of things that the author is going to do later in life, such as spend her pension on brandy and summer gloves; run her stick along public railings and go out in her slippers in the rain – all to make up for the sobriety of her youth and her current life-phase of duty and conformity that requires her to “set a good example”. The poem finishes with the author looking forward to the later stages of her life and actively planning for the transformation she envisages. In fact, she rationalizes that she ought to rehearse a little bit now.

M I ought to practise a little now?
So people who know me are not too shocked and surprised
When suddenly I am and start to wear purple.

Well, this is a bit like how I feel ahead of OER19. Perhaps I ought to practice a little now so people in the Open Education community won’t be too shocked and surprised when I, metaphorically speaking, start to wear purple. That is when I start to say I’ve more questions than answers about openness in education and that I really wonder about the role openness plays in the digital and networked transformation of not only education but society in general. And when I, and hopefully others, really start to take up critical perspectives and interrogate whether there is a ‘rhetoric and reality gap’ in open education. A bit like Sheila MacNeill when she asks “Is openness an act of conformance or defiance?” or when Mariana Funes and Jenny Mackness pose a “counter narrative” for Open Education.

My research is making me think really hard about the role of sharing in open practices, and how sharing has, to date, largely passed by un-problematized as it transitions into online spaces. After all, sharing is an economic mode of transfer that entails both social and economic dimensions. Moreover, sharing enables “others to access what is valued” (Widlok, 2017, p. 1) and it refers not only to the ‘sharing out’, or distribution, of physical resources but also to the ‘sharing in’ of life’s experiences. In turn, what exactly is being shared is making me think about how value is created in our practices and the labour that this involves. Here’s my conference abstract, ‘Enacting the Value of Openness by Sharing‘. All being well, I’ll post the transcript of my presentation at a later date.

So, that’s me. Looking through the OER19 draft programme I was surprised by the range of initiatives and contexts covered by Open Education. I was equally surprised to see so many names that I recognised from The Open University – all doing aspects of Open that I’m not that familiar with. A case in point is the work of Irina Rets. Can you believe Irina is a PhD research student in the same department as me but I honestly know very little about her So, an email and a coffee later, this is what I discovered.

Irina’s study explores the accessibility of open courses in terms of the level of English language proficiency required. The OER literature identifies a high demand for education provision from developing countries, which in turn translates to a high demand from non-native English speakers. So, in line with the equitable aspirations of OERs, it might reasonably be expected that this is taken into account and the level of language used in course materials is appropriate, or differentiated, to the level of the course itself. I’m not going to give away the details of Irina’s study ahead of OER19, just to say that I found our discussion very interesting. It illuminated an area of Open Education that I’d not really thought about before, but at the same time it touched on a lot of very similar questions that I’ve been wondering about when it comes to all things ‘Open’. I’m sure this research will make an important contribution to the discussion around ‘Recentering Open’.

I’m totally looking forward to OER19. I’m looking forward to discovering more about the different facets of open in education and the people working in it, as well as engaging in the project of ‘Recentering Open’ and really taking into account critical and global perspectives.

Reference: Widlok, T. (2016) Anthropology and the Economy of Sharing, Routledge.

Published by crumphelen on September 21, 2018

Apologies. This post is not formatted properly with paragraph spacing and hyperlinks. I’m up a mountain in Bulgaria and have been tapping away on my iPhone to write this post. It has been a bit of an ask. I’ll fix this stuff when I get back down and back on a proper laptop. It might be a while. So, like I said, apologies.

There’s a lot of talk at the moment about open education engaging with critical perspectives. Hallelujah I say because we really do need to understand more deeply how digital and networked technologies are materially reconfiguring society and if openness is a force for good or is somehow unwittingly entangled in dishing up just another rendition of structural inequality. Or something like that.

In hasty preparation for #OER18 and participation in the #breakopen session entitled ‘Breaking open: conversations about ethics, epistemology, equity and power‘, which aims to “explore timely, perhaps uncomfortable questions”, I’ve just read back over the recent publication by Mariana Funes and Jenny Mackness, ‘When inclusion excludes: a counter narrative of open education’. It’s a fascinating article that deserves proper engagement from the open education community. In the first instance, it outlines how holding to the aspirational narrative of open education might work in a way that enables individuals to hold two contradictory opinions at the same time. That is, to acknowledge the aspirational narrative of open education whilst at the same time acknowledging that the operational norms of the internet, which configures what actually happens on the ground, might not in fact be working to break down the exclusionary practices that open education seeks to advance.

Then, drawing on the work of Haidt (2016), a further point that Funes and Mackness make is the idea that social justice, as the primary telos of open education rather than truth, might actually be inappropriate because a social justice orientation in effect advances exclusion and homogeneity.
“Well-intended individuals and groups make ‘a temple’ of this social justice/open telos, circling around it generating a polarising effect. Participants become moral magnets, grouping in the safety of echo chambers and losing the potential for diversity in their milieu.” The concern is that an all-encompassing and uncritical belief in social justice discourages diversity and inhibits individuals within the movement from engaging with sceptics, that is beliefs or opinions, sometimes objectionable ones, held by others in other areas or disciplines and thus outside the temple. For example, Marxist scholars might regard open educational practices as a form of labour or commodification of social life, whilst economic anthropologists would have something to say about sharing as an economic mode of transfer, and also, some individuals might even be of the opinion that the purpose of education is not social justice at all … or, now that I come to think of it, this position could also inhibit engagement with heretics within the movement. After all, I myself have some sympathy with these views. Any way, the long and the short of the argument is that true critique requires proper engagement with others who embody opposing worldviews. It’s not enough to tip them a nod every now and again because, as cognitive psychology research shows, individuals are prone to ‘motivated reasoning’, which means they prefer to look for confirmation of their own worldview rather than actively pursuing its disconfirmation as a validating tactic, if you see what I mean. On this point, Funes and Mackness argue that ‘institutional disconfirmation’ needs to be an aim of open education.

They conclude by saying “our belief, as scholars, is that more crital voices that embody opposing views from the outside and within a discipline are needed if we are to realise the early aspirations of digital networks for a more open, democratic, education”. Yes ladies, I wholeheartedly agree, and I hope I have done justice to the argument you present and the sentiment with which it was intended, but, like I said, I’m doing a bit of hasty preparation/ reflection. Any way, I’m looking forward to the discussion and to seeing how things develop. It’s intended that the conversation is continued next week at OE Global as well.