Warning: Trying to access array offset on value of type bool in /home/connecte/public_html/wp-content/plugins/pixabay-images/pixabay-images.php on line 34

Warning: Trying to access array offset on value of type bool in /home/connecte/public_html/wp-content/plugins/pixabay-images/pixabay-images.php on line 34
 November 2016 – Learningcreep Skip to content 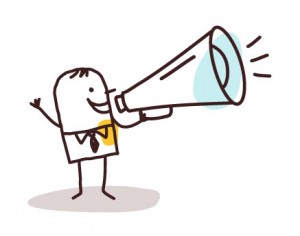 Published by crumphelen on November 7, 2016

Blimey. That was some year!! I’ve had no time to blog as I’ve been thrashing away under the workload of a research masters (MRes). It’s been a full-on year, but I’m happy to say that I’ve passed, and I’ve learned tons in the process.

My dissertation was a bit of a pragmatic choice. As you know, I’ve been following/advocating Working Out Loud for a while and since we’d covered discourse analysis on the MRes, I thought I’d put the two together. So that’s how I came to do ‘An Investigation into the Phenomenon and Discourse of Working Out Loud’.

During this, I was asked if I’d like to join a ‘random’ Working Out Loud Circle (a small peer support group that follows the principles of Working Out Loud as you work towards a personal/professional goal). However, the random circle proved difficult to get going as people couldn’t commit when it came down to it. Not to worry, this is where serendipity kicked in as I noticed Sue Beckingham was talking about Working Out Loud in one of her presentations. So I asked Sue if she’d like to join and see what she thought of the circle format, to which she promptly agreed and, even better, she managed to persuade a colleague, Hala Mansour to join me and Robyn Santa Maria in forming a WOL circle. Despite scheduling difficulties that come with life-in-general the circle quickly became a supportive environment in which to develop and work towards our goals. The circle prompted the following blog posts from my fellow conspirators:

The Soft/human Side of Working Out Loud!

A virtual cup of tea.

They pretty much give you a flavor of what Working Out Loud and being in a circle is all about, full of warmth, kindness and general bonhomie. And this is why the findings from my discourse analysis are so depressing. Let me explain.

In my research I used the concept of discourse as put forward by Michel Foucault. That is, discourse is the production of knowledge through language. Foucault contends that we can only have knowledge of things when ‘things’ have meaning, and meaning is constructed within discourse. Akin to a body of knowledge, or system of representation, a discourse consists of groups of related statements that cohere in some way to produce meanings and these meanings have real world effects. It’s discourse that produces the objects of our knowledge, such as Working Out Loud. Moreover, discourse governs the way in which an object can and cannot be talked about and what’s more, it puts forward a particular version as being ‘true’. Conceding that knowledge is produced through discourse leads to the realization that discourse involves relations of power. What counts as knowledge, and how is this determined?

OK. Now that I’ve (hopefully) explained that head wreck, let me tell you what my analysis revealed.

It revealed that the discourse of Working Out Loud is constructed by uniting a discourse of social business and a discourse of personal development/self-actualization. In what seems to be a direct appeal to one’s humanity, the word ‘help’ appears, like a rash, across both discourses. By conflating different meanings of the word help, or intentions of who or what is being helped, it means that the primary subject position created in the Working Out Loud discourse effectively aligns individuals’ personal development/self-actualization with the realization of business goals. In this analysis, it seems that Working Out Loud represents an expression of what Foucault calls biopower. Although Foucault coined the term in relation to how modern states control subjects through the subjugation of bodies, some contemporary scholars are starting to identify biopower as a form of workforce control. They contend that the everyday life qualities of individuals are increasingly being indexed to the needs of the organization and that this essentially amounts to a form of self-exploitation. This is strong stuff, and to understand it you need to see the historical relationship between capital and labour and the evolution of techniques of control within the workplace.

In the classic studies by Weber and Marx, the de-humanizing aspect of work is a defining element because it was thought that the qualities that make us human weren’t required in the productive process. Now, as work processes have become more focused on the customer and value-added productivity is derived from personal and social aspects of the workforce, organizations no longer need command and control methods to constrain or separate individuals from non-work aspects of their life. Rather, biopower is the new order of the day because it seeks to capture individuals as they already exist and utilize our whole selves, or ‘life itself’ in the service of work.

I told you it was depressing. Mind you, having said that, I still can’t help but like Working Out Loud, after all it contains the very best of human nature, it’s a crying shame that it’s being used against you in these neoliberal times. The upshot is that I’m now more attuned than ever to power and politics and to contemporary methods of control in society. Consequently, I’m wondering about the big picture and what I can do about it. I’m also wondering how others develop critical sensibilities and what they propose to do about it, or is that what we think they can do about it. 🙂

Although it was quite an effort, and despite it being a thoroughly depressing analysis, I enjoyed this research project. I must’ve been crazy taking a topic that doesn’t significantly figure yet in the literature and combining it with a difficult methodology. Any way, moving on, for my PhD I’m going to work on a project that focuses on how professionals in the finance sector learn to make, or recognize, ethical decisions in times of rapid and complex change (Brexit). That’s sure to be another big learning adventure, and I’ll just have to see to what extent it’s possible to Work Out Loud.